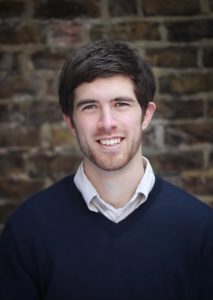 Patrick works as a Musical Director, Composer and Performer. His credits include MD for The Last Five Years, Sweeney Todd and West Side Story with the Musical Theatre Society (GMTG). Patrick has also performed in numerous shows at the Edinburgh Fringe Festival. He has also composed music for children’s show Hurry Up Father Christmas, produced by the Oxford Playhouse. Patrick was also the Assistant MD on the UK Tour of Blood Brothers.